World Champ wants to be silent and deadly

PETER WRIGHT has refused to shout his mouth off despite closing in on the World No.1 spot.

The Scottish ace continued his sensational start to 2022 by beating Gerwyn Price in the Players Championship in Barnsley.

Wright, 51, is now close to overtaking Price in the world rankings having won the Worlds and the opening night of the Premier League. 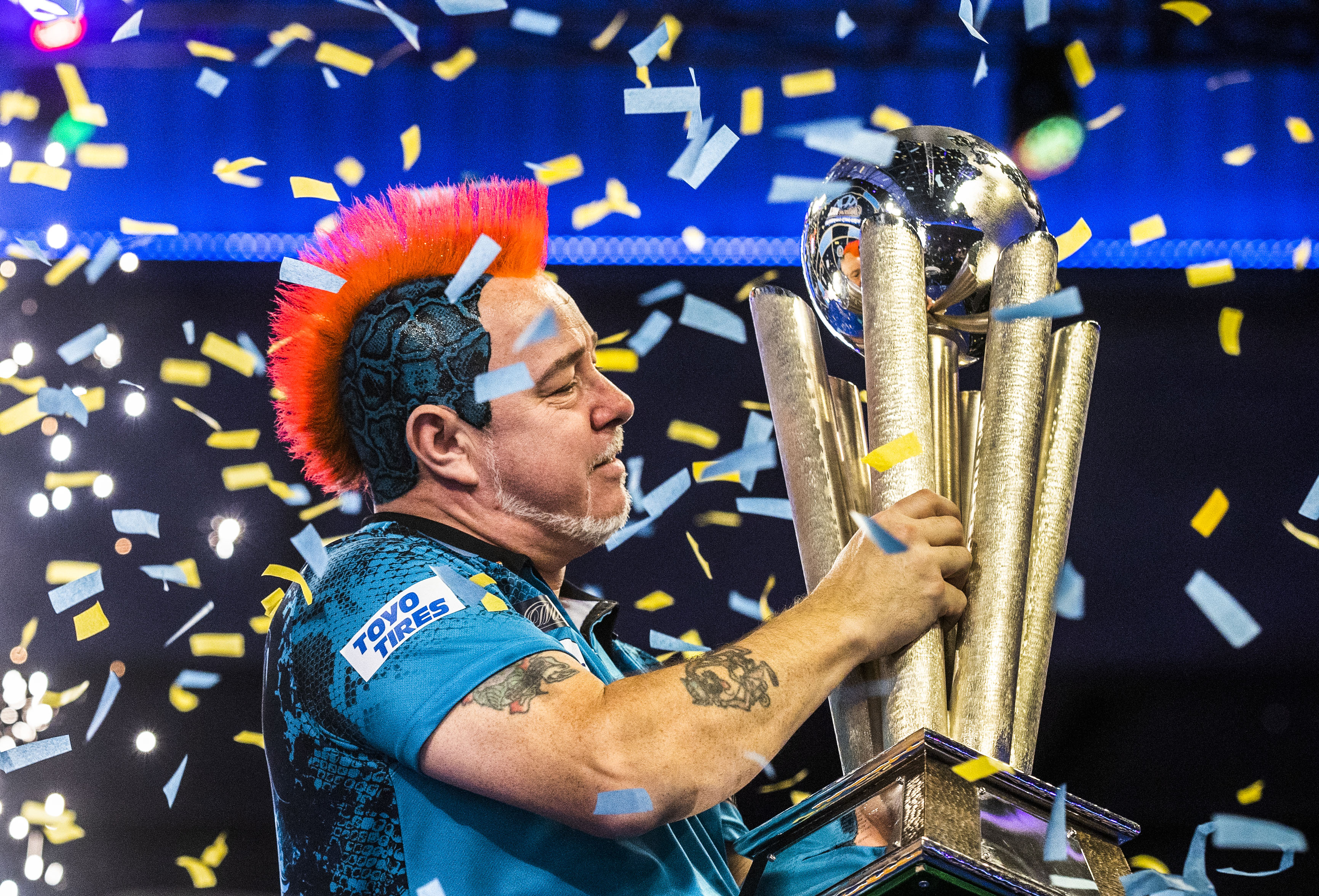 Last year he got stick from his rivals for being too ‘gobby’ and saying he was going to win the Matchplay and Worlds - which he ultimately did.

final on Sunday it was Snakebite’s 43rd PDC title and now faces Michael van Gerwen in the Premier League in Liverpool tonight. But now he’s staying quiet. He said: “I’m not saying anything. No not yet, I’ll let you

know after eight weeks, see how I’m doing then.”

On aiming for World No.1, he said: “If I knuckle down to win tournaments, I’ll get there. My target is to improve every time.

Wright clearly enjoyed his month off between the Worlds and Masters, shedding more tears at his daughter’s wedding.

He added: “There have been a few tears over the past few weeks. The wedding was fantastic, it was a great day.

“Now it’s down to the serious work. Maybe try and stick to a minimum five sets of darts!”

Wright is also fired-up for glory because the last time he was World Champ, the year was wiped out by the pandemic lockdown.

He continued: “I enjoyed to the pandemic because I didn’t have to do any work at all, it was great having all that time off!

“Now I’ve got to do all the hard work that I was supposed to be doing then.”